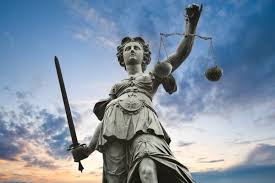 After first giving consent to terminate her pregnancy, the deaf and speech-impaired inmate of Paldi Vikas Gruh insisted on Tuesday before Gujarat high court that she would like to avoid abortion, Times of India reports.


After the management of the women's shelter home discovered the deaf and speech impaired woman was pregnant and a clerk in the institute Amrut Parmar (56) had allegedly raped her, the Vikas Gruh's office bearer Nayna Shah and the victim moved the high court seeking permission to terminate the 23-week pregnancy of the rape survivor. In a petition, Shah had maintained that before approaching the court for permission for abortion, the institute had sought services of teachers from school for the deaf and speech-impaired.Two teachers communicated with the rape survivor and then conveyed her consent to the management.

Justice Sonia Gokani first sought a medical report from VS Hospital on her health status. The report claimed that the pregnancy is not likely to have any adverse effect either on the woman or the fetus. Af ter the medical report, the court asked the institute to obtain services of experts to ascertain the consent of the woman, whether she really wanted to abort the fetus or not. For a second time, the rape survivor's consent was reported to the court.

However, on Tuesday , when the court inquired about her wish, the rape survivor expressed that she would like to continue with her pregnancy . This happened in presence of two teachers and doctors, from the school for deaf and mute children, concerned police officer and the office bearers of the Vikas Gruh.

The HC is likely to pass appropriate order in light of the wish expressed by the rape survivor. In this case, the authorities had to move HC for permission for abortion because the pregnancy has advanced beyond 20 weeks. The Medical Termination of Pregnancy Act prohibits abortion after 20 weeks of pregnancy .