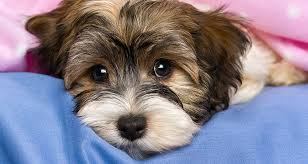 Canada’s highest court has just ruled that some sex acts between humans and animals are legal. In a quixotic ruling, the country’s high court ruled that a man who was on trial for raping and sexually exploiting his own daughters wasn’t guilty of “bestiality.” The man reportedly, “smeared peanut butter on the genitals of his victims and had the family dog lick it off while he videotaped the act.”


According to breitbart.com, the convicted man took his case to the Canadian Supreme Court, demanding that the bestiality charge be nullified. In the end, the court agreed. As a result of the rape case, the court ruled 7 to 1 that humans having sexual contact with animals is OK if there is no “penetration” involved in the act.

In its ruling, the court decided that the legislature had not clearly defined the terms in the country’s bestiality laws and the way the statute is written should be read to only outlaw animal penetration, whether that penetration is animal to human or vice versa.

“Although bestiality was often subsumed in terms such as sodomy or buggery, penetration was the essence — ‘the defining act’ — of the offense,” the court’s ruling states. The high court’s lone dissenter, though, said the ruling would mean open season for the sexual exploitation of animals. “Acts with animals that have a sexual purpose are inherently exploitative whether or not penetration occurs,” Justice Rosalie Abella wrote in her dissent.

Animal rights activist Camille Labchuk agreed with Justice Abella. “As of today, Canadian law gives animal abusers license to use animals for their own sexual gratification,” she told the paper. “This is completely unacceptable, contrary to societal expectations, and cannot be allowed to continue.” The question is a troublesome one here in the U.S. as well, dividing liberals and serving as a watchword to conservatives.