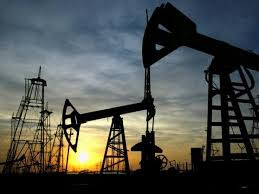 Brent oil futures climbed above 50 dollars a barrel on Thursday for the first time in nearly seven months. This is an indication that the global supply glut that plagued the market for nearly two years is showing signs of easing, premiumtimesng.com reports.

Oil prices had rallied in recent weeks after a string of outages due mainly to wildfires in Canada and unrest in Nigeria and Libya. The outages had knocked out nearly four million barrels per day of production. Above 50 dollars a barrel, oil was seen by many market players as breaching a psychological barrier that could lead producers, particularly among U.S. shale companies to revive operations scrapped in recent years.

Global benchmark Brent crude oil LCOc1 was up 36 cents at 50.10 dollars a barrel, the highest in nearly seven months. The upsurge was due to a larger-than-expected draw in U.S. crude oil inventories last week indicated buyers are starting to mop up spare supply. U.S. crude futures CLc1 were up 29 cents at 49.85 dollars a barrel, after touching 49.97 dollars, the highest since mid-October.

“Certainly (50 dollars) is a psychological barrier, there is a momentum, people will try and push it up over that,’’ said Ric Spooner, Chief market analyst at Sydney’s CMC Markets. A source at oil producer Chevron said on Thursday its activities in Nigeria had been grounded by a militant attack, worsening a situation that had already restricted the supply of hundreds of thousands of barrels.

A meeting of the Organisation of the Petroleum Exporting Countries on June 2 in Vienna to discuss the oil market added further support. However, the recent rise in oil prices and friction between key members; Saudi Arabia and Iran needs intervention to ensure prices are slim.