Everything you need to know about sex and heart attacks 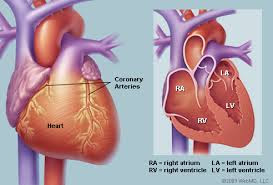 When it comes to medical advice about sex and the heart, it is a man’s world.  Titles of scholarly articles are filled with double entendre, such as “Sex, erectile dysfunction and the heart: a growing problem”. and are primarily about drugs like Viagra.  Here is some advice pertaining to both sexes:  the risk of having a heart attack during sexual intercourse, resuming sex after a heart attack, and how men and woman may have quite different perspectives.

A review in JAMA answered the question of the risk of having a heart attack during sex.  It is very low, both for men and for women.  The risk was quoted as about 2 to 3 per 10,000, and this risk was decreased by another 45% in those who were physically active in other ways besides having sex. Anxiety has been found to be a trigger- the cardiac risk of a sexual encounter outside the boundary of an established and loving relationship is significantly higher.

The VIRGO study, done in 2014, explored the problems that can occur with sexual activity after younger adults had heart attacks.  Since 1/5 acute myocardial infarctions occur in people aged 18 to 55, and 39% of them are in women, it led to several important findings.  First, sexual activity can be safely resumed soon (within one month) after an uncomplicated heart attack if you can tolerate mild to moderate physical activity.  Yet, only one out of three women and half of the men had resumed having sex in this study at one month.  Second, the biggest factor identified that prevented a return to normal sexual activity was a lack of counseling about how safe it is from their doctor.  Third, a surprising finding was that almost 20% of heart attack victims (both men and women) reported difficulty breathing during sex in the year before their heart attack.  It should be pointed out here that normal sexual physiology involves increased respiratory rates in women and men, but should not cause difficulty breathing.  Who knew that this could be an early warning sign of a potential heart problem?  If you experience it, see your doctor!

Another study looked at the perspectives of women when it comes to sex and heart disease, and not surprisingly, found that it was quite different than men.  Most women (75%) thought sex was important when asked one month after a heart attack, compared to greater than 90% of men.   The need for non- sexual physical intimacy was higher for women than for men.  Women tended to initiate the discussion about when it was safe to have sex, and were more likely to be unsatisfied with the results of the discussion with their doctor, compared to men.   It was the lack of quality patient-physician communication, rather than lack of information about safety, that was the major barrier cited by women toward resuming sex.  Suggestions to improve communication included making better use of cardiac rehabilitation programs, where this discussion could occur with trained nurses, but most importantly that cardiologists need to have a discussion about sex with every patient who has had a heart attack before they leave the hospital.


Dr. David Becker is a board certified cardiologist with Chestnut Hill Temple Cardiology in Flourtown, Pa. and has been in practice for 25 years. In 1993, after extensive research, Dr. Becker launched Healthy Change of Heart™, an innovative 10-week program designed to reverse heart disease and improve quality of life through diet, exercise, and stress management. Since then, thousands of patients have participated in the program, achieving significant results in improving cardiac wellness.