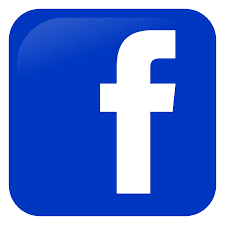 Facebook is considering dispatching its own Android application store to rival Google Play, as indicated by a report by The Information. In spite of the fact that the long range informal communication titan had no arrangements to part with Google, it was considering dispatching a different application store for Android gadgets that did not right now have Google Play introduced, the report said.

By far most of the Android business sector, is at present controlled by Google, however there are various striking special cases - Chinese handset producers had since quite a while ago depended all alone or outsider application stores since Google did not work in terrain China.

There were likewise outsider Android conveyances in different parts of Asia, Russia and other creating nations that did not utilize Google's official application store.

By, Facebook could offer these organizations a distinct option for Google Play. This would give their stages included believability an income offer for any paid applications.

In the mean time, reports say Apple iPhone clients had been encountering hiccups from the iOS App Store. Clients had whined that the App Store was not indicating application overhauls for their introduced applications. There had additionally been protests that it was once in a while lethargic or slow.

One engineer, Zachary Drayer said on Twitter that if a thing on the tab bar beneath was tapped 10 times, the App Store would invigorate its application reserve.

Once the revive was finished, the best possible application upgrades and data would be at long last shown. By, it appeared that the issue originated from the store issue.

Clients could likewise tap Updates, Search, Explore, Top Charts and Favorites and subsequent to tapping one thing continuously 10 times, the screen would go clear for a few moments which was an indication that the App Store was resetting its reserve.

- See more at: http://www.domain-b.com/organizations/companies_f/facebook/20160105_app_store.html#sthash.n7ZPnYcV.dpuf
Posted by Olushola Otenaike at 1:37:00 AM