Scientists say Zika may be transmitted by oral sex, kissing 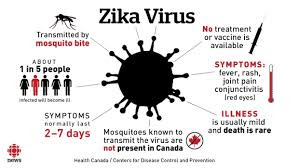 Amid growing concern over an increasing number of Zika cases in the Americas, scientists are now cautioning that the usually mosquito-borne virus may be transmitted not only by vaginal sex, but also by oral sex and kissing, foxnews.com reports.


In a letter to the New England Journal of Medicine, a peer-reviewed medical journal, scientists detailed one such case in France. A 46-year-old French man reportedly stayed in Brazil, a Zika hotspot,  from Dec. 11, 2015 to Feb. 9, 2016, and unknowingly contracted the virus during his visit. Thereafter, he returned to Paris and had seven sexual encounters with his healthy 24-year-old female partner, who developed Zika symptoms on Feb. 20, 2016. According to scientists’ letter, she had not been taking medication or receiving blood transfusions. She also had not traveled to a Zika-afflicted region in recent months. The Aedes aegypti and A. albopictus mosquitoes, the main vectors of Zika, do not reside in Paris.

The couple was not using condoms during sex, but the male partner ejaculated only during oral sex as a form of birth control, according to the letter. Scientists wrote in the letter that they could not “rule out the possibility that transmission occurred not through semen but through other biologic fluids, such as pre-ejaculate secretions or saliva exchanged through deep kissing.” They noted that the male partner’s saliva tested negative for Zika after he began exhibiting symptoms, but it was not tested earlier.

In an interview with The New York Times,  Dr. William Schaffner, head of preventive medicine at Vanderbilt University Medical School, and an author of the letter, said it’s possible the couple in France had imperfect recollections, despite being interviewed separately with matching accounts. Dr. John T. Brooks, an epidemiologist at the Centers for Disease Control and Prevention, told The Times it’s not out of the question that Zika could be transmitted by oral sex. But Brooks, who is studying sexual transmission of Zika, said he thought it was unlikely that the virus could be transmitted through kissing.

“Casual kissing has got to be safe because, if it weren’t, don’t you think we’d see a lot more Zika? Every mom who kissed her baby would pass it on,” Brooks told The Times. “To be sure, we’d have to look for deep kissing in the absence of sexual contact, and that’s hard to find.” Scientists in the letter said, to their knowledge, no definite cases of Zika transmission by saliva have been reported.