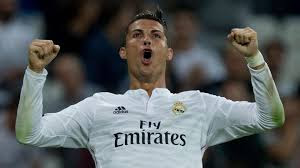 Former Real Madrid coach Carlo Ancelotti has hailed Cristiano Ronaldo's dedication, explaining how the Portuguese bathed in ice at 3 a.m. Ronaldo, 31, scored 48 goals in 35 games in the 2013-14 season and won the Champions League under Ancelotti before the manager was sacked and Rafa Benitez brought in this summer.


Ancelotti, who is due to take over at Bayern Munich in the summer, said the striker went to extraordinary lengths to ensure he was in prime condition. "Cristiano Ronaldo bathed in ice at three o'clock in the morning, even if [ex-girlfriend] Irina [Shayk] was waiting for him at home," the Italian is quoted by Marca as telling the Financial Times.

"He wasn't bothered about the money; he only wanted to be the best. I can't go into details but I can tell you that it is incredible how he has always put his career before models and other issues." In December, Ronaldo said that he misses Ancelotti and would love to play under the Italian again during his career.