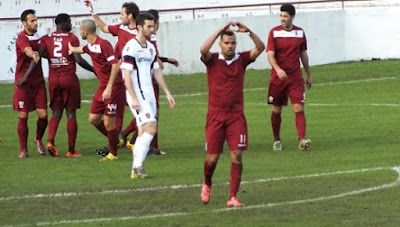 Europol investigators said that the Russian mafia allegedly launders millions of dollars through Uniao de Leiria, a third category soccer team owned by the Russian group D-Sports. “The way the group operates is by identifying European soccer teams that are going through financial troubles and approaching them with benefactors who offer them donations and to invest in them,” the Europol said in statement.


Money laundering is carried out through the sale of players, television rights agreements and online betting, the regional police added, explaining they also operate through shell companies registered in tax havens. Igor Angelini, head of Europol's Finance Intelligence, said that soccer has certain vulnerabilities in regards to their financial and cultural structure, which are exploited by criminals.

On Friday, after the arrest of the 15 people, police explained that suspicions had arisen after observing the January game between Oriental and Oliveirense, when players can be observed attempting to score a goal against their own goalie, who at the same time was committing highly absurd mistakes in order to allow the rival team to score against him.

The president and director of a third team, Leixoes, were also detained, although later released. However, they have been suspended. In the meantime, four Oriental and four Oliveirense players remain in prison after having received close to US$4,000 for fix-matching crimes.

Joaquim Evangelista, president of the soccer players union, confirmed his organization had been notified of the ongoing fix-matching, and said this was only the tip of the iceberg. G.D. Chavez coach Vitor Oliveira said players become easy prey to match-fixing because they don't get paid on time. He said some football clubs delay paying their players up to three months. Investigators believe match-fixing is being operated by a criminal financial network led by Chinese investors who seek out online betting benefits.