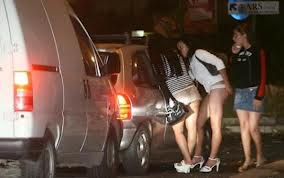 
The unnamed Nigerian woman’s identity was revealed after Tarzan disclosed that ‘majority of them are Nigerians, especially this one (he said, as he pulled her hair).

She, however, confirmed her identity in the video clip after she spoke in Pidgin (an English-based lingo and creole language spoken as English across Nigeria), saying “Una wan kill me because I from Nigeria come dey do ashawo?” She asks as Datsik twists her arm.

See video here.
Posted by Olushola Otenaike at 5:53:00 AM