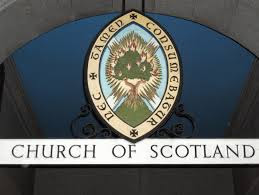 The church’s general assembly, which opened in Edinburgh on Saturday, voted in favour of extending a law passed last May that permits ministers to be in same-sex civil partnerships. The decision, after years of deliberation, means the church maintains the traditional view marriage as between a man and woman, but allows individual congregations to “opt-out” if they wish to appoint a minister or deacon in a same-sex marriage or civil partnership.

According to theguardian.com, any wider consideration of the theological understanding of same-sex marriage will not take place until the Theological Forum presents its report to the church next year. More than 850 commissioners from across Scotland, the rest of the UK, Africa, Asia, North America, Europe, the Middle East and the Caribbean registered to attend this year’s assembly, which began with a ceremony at the Assembly Hall attended by Scotland’s first minister, Nicola Sturgeon.

The opening saw the appointment of a new Moderator, after the Right Rev Dr Angus Morrison stood down from the 12-month role. He was replaced by the Rev Dr Russell Barr, the founder of Edinburgh-based homelessness charity Fresh Start. Morrison said he felt a “sense of gratitude, relief and heartfelt appreciation” as he left the post, while Barr said his predecessor was a “great ambassador for the Church of Scotland”.

A letter from the Queen was read aloud as the assembly got under way. She wrote: “At a time of such upheaval and unrest across the world, it is reassuring to hear that the Church of Scotland has made a particular priority of working to develop a co-ordinated response to the issues affecting refugees and asylum seekers. “This international crisis requires a compassionate and generous response and we are pleased that in keeping with your priority to serve the poorest and most vulnerable, you are making such a valuable contribution.” The Queen also acknowledged the church’s contribution to the United Nations climate change conference in Paris last year.