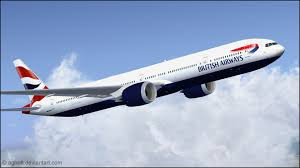 British Airways has refuted media report that it is planning to stop operations to Nigeria over its $100m trapped in the country. The foreign carrier stated that the publication that it had concluded plans to exit the country was untrue, stressing that it never issued any statement to the media indicating such.


A United States based carrier, United Airlines had disclosed last week that it would leave Nigerian route next month over inability to repatriate its ticket proceeds trapped in Central Bank of Nigeria. This has, therefore, fuelled speculations that other carriers might follow suit with a foreign media suggesting in a report at the weekend that British Airways is considering to leave the Nigeria.