Man arrested for fatally stabbing 2 Mississippi nuns at their home


A 44-year-old man has been arrested in the slaying of two Mississippi nuns — but police have yet to discern a motive for the grisly crime. According to Daily News, Rodney Earl Sanders, 46, was charged with two counts of capital murder late Friday for allegedly stabbing Sister Paula Merrill and Sister Margaret Held to death in their Durant home Thursday.


"We mainly wanted to make sure everyone knew that this individual was off the streets," Mississippi Department of Public Safety spokesman Warren Strain told the Daily News. Sanders was arrested without incident and is believed to have acted alone, Strain said, refusing to reveal any further information about the arrest.

A blue Toyota Corolla missing from the nuns' driveway was found about a mile from their house but detectives said it was too early to know if the murders were resultant of a robbery gone wrong. Investigators were scouring the recovered vehicle for evidence and autopsies for the two nuns were pending early Friday, Strain said.

Merrill and Held — both 68 — were discovered in their home with stab wounds during a welfare check Thursday morning. They were known as very punctual and when they didn't show up to work at the Lexington Medical Clinic, their colleagues feared the worst and contacted the police. 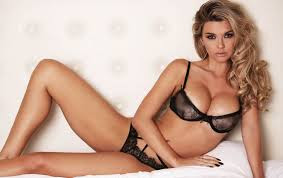 Rising model Emily Sears has become the latest victim to leaked nudes and celebrity sex tape videos, Showbizspy reports. Emily has become famous in the modeling arena very fast with her use of social media, and posting pictures of herself that makes every man and woman drool.


The sex tape said to be that of Emily, leaked just this last week and quickly became the talk of the town in LA. The video features what appears to be Emily after a nice little workout taking a shower, lathering up that big beautiful booty of hers in a very sexual way. She then exits the shower and goes over to the guy holding the camera looking as sexy as you could imagine and proceeds to pleasure him orally. After she has spent a few minutes downstairs on the guy she turns around and lets him get to work and finish on her back side.

Buhari responds to arrest of man who named his dog Buhari 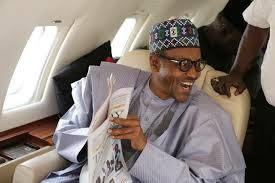 The Presidency has reacted to the arrest and release of a man who allegedly named his dog Buhari. According to a statement released by Garba Shehu, senior special assistant to the President on Media and Publicity, President Muhammadu Buhari had no hand in the arrest of the man.

The statement released through his Facebook page reads, "I am thinking of saying, using my own handle that people linking the President to this dog incident are just displaying their ignorance of the type of person he is. He enjoys cartoons and likes sharing them. The ones he enjoys the most are those that caricature him. It is cheap and sensational to say he can order a police action against a caricature. When he picks a paper, the first page he reaches for is the cartoon page. He laughs and laughs. The President must be having a good laugh over this whole thing. People should listen to the real story behind this dog incident and to not waste precious time seeking the hand of the President in a laughable incident!"

Posted by Olushola Otenaike at 2:34:00 AM No comments:

Homeless man arrested for having sex on the beach, 3-yr old witnessed the act

A homeless man was arrested in Clearwater Wednesday after, police say, he and a woman, who is also homeless, were having sex on the beach - and we're not talking about the fruity drink, Fox 13 reports. According to the police report, officers found 50-year-old Tracy Briley with his shorts around his ankles and his genitals in plain view.


Briley first claimed he was an emergency responder and that he had to help the woman "as it was his duty." He later told them, because he was homeless, he had no other choice but to have sex in public. Witnesses reported to police a 3-year-old had witnessed the acts, which included oral sex. Briley was arrested and charged with lewd and lascivious exhibition. His partner was taken to Palms of Pasadena medical center for a "medical issue." 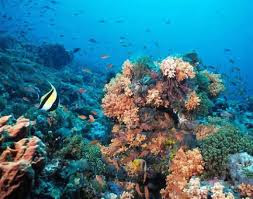 Yesterday President Obama announced the expansion of the Papahānaumokuākea Marine National Monument in western Hawaii by more than 442,778 miles, quadrupling its size and creating the largest marine preserve on earth. According to Nymag.com, the president will announce the new designation on Wednesday in Hawaii at the International Union for Conservation of Nature’s (IUCN) World Conservation Congress. The idea for the expansion was originally floated over the summer by Senator Brian Schatz of Hawaii, at the urging of a group of influential native Hawaiians.

The move is seen as a boon for conservationists and was championed by many Hawaiians, but it’s not without its detractors. For the most part, Hawaiians seem pleased with Obama’s decision. Under the new regulations traditional fishing and other indigenous practices will be allowed to continue in Papahānaumokuākea with a permit but all commercial fishing will be forbidden. Most significantly, the Office of Hawaiian Affairs, a public body with an elected board that works for the interests of native Hawaiians, will become a co-trustee of the preserve, giving Hawaiians a voice in the management of their land.

Posted by Olushola Otenaike at 1:13:00 AM No comments:

Save the date: November 2 is World Right to Die Day 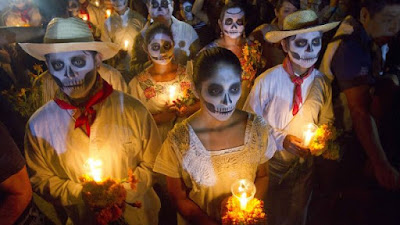 The World Federation of Right to Die Societies has designated November 2 as World Right to Die Day. The date is already crowded with significant commemorations. Catholics and Anglicans celebrate the second day of November as the Feast of All Souls, when prayers are said for all departed souls.

In Mexico, Catholic doctrines embellished with indigenous beliefs have given rise to the Día de Muertos, a festival of death celebrated with great gusto. In the United States there has been an effort to nominate it as National Plan Your Epitaph Day. And the United Nations has designated it as the rather mysterious International Day to End Impunity.

Posted by Olushola Otenaike at 4:38:00 AM No comments: 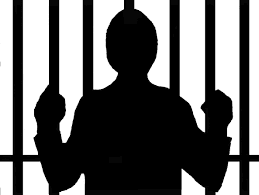 The Economic and Financial Crimes Commission, EFCC, has arrested seven suspected fraudsters, including a serving corps member, who specialized in stealing the identities of influential Nigerians and duping foreigners, Daily Post reports. The internet fraud syndicate was arrested in Port Harcourt, the Rivers State capital, for duping foreigners of over N30m.

The suspects were accused of impersonating a former Attorney-General of the Federation, Mr. Bello Adoke (SAN); the immediate past Chairman of the EFCC, Mr. Ibrahim Lamorde; the current AGF, Abubakar Malami (SAN) and the Minister of Finance, Mrs. Kemi Adeosun.

The EFCC made this known in a statement signed by its spokesman, Mr. Wilson Uwujaren, on Thursday. According to the statement, the corps member, Prosper Onukagba, is currently serving in the Tai Local Government Area of Rivers State. Onukagba was allegedly involved in online dating scam, also known as romance scam.

According to the anti-graft agency, he defrauded unsuspecting foreign widows, mostly from Europe and America. Also, one of the suspects, Promise Nwalozie, allegedly posed as Lamorde using the former EFCC chairman’s identity card to send scam mails to foreigners, mostly Europeans and Americans. In the process, Nwalozie reportedly extorted sizeable amount of foreign currencies from them.

The statement read in part, “Besides, he also posed as Barrister Peter Jackson, a spurious lawyer working with the National Judicial Council. “As a ‘lawyer’, he was allegedly defrauding his victims by assuring them that he would help in the recovery of money lost to different Nigerian cyber fraudsters.

“To do this, Jackson was collecting various sums of money as service charges from his victims. Some of his victims are: Betty. G. E, an American and Georgina M, an Australian. “In addition to all these, Nwalozie had multifarious electronic scam documents in various folders in his email box, ostensibly for the payment of a spurious N12,500,000 to one Robert Giese, an American, by the ‘Office of the Presidency, Federal Republic of Nigeria, Abuja.’

“To further deceive Giese, he swore to a fictitious ‘Affidavit of claim of Federal High Court of Nigeria’ deposed to by a fake Justice Ibrahim Auta, OFR, on behalf of Giese. “The ‘affidavit’ was signed by a former AGF, Bello Adoke. To achieve his fraudulent schemes, he had several e-mail addresses suchas:sirpeterjackson@gmail.com, promisenwalozie@gmail.com, bigenoughforcare@gmail.com among others,” the statement added.

Posted by Olushola Otenaike at 7:35:00 AM No comments:

Ibe Kachikwu, minister of state for Petroleum has said that Nigeria is now in the process of reviewing all petroleum sector laws and in a few months, government is set to come up with comprehensive roadmap for the sector. Delivering a keynote address at the 2016 edition of National Association of Energy Correspondents conference, with the theme: The Urgency of Now, Kachikwu said that a review of the regulations affecting the oil and gas sector in Nigeria is now nearing completion.

According to Businessday, Ibe Kachikwu said that a sector roadmap which his ministry has created has policies such as National Gas Policy, National Oil Policy, Fiscal Policy and National Downstream Policy embedded in them and are now almost completed. “We need consistent policies or else we will lose out to competitors,” Kachikwu said.
He noted that oil production by OPEC members has shrink to 30 percent hence the ability of member countries of the cartel to call the shots has been reduced as non members who control 70 percent production have a stronger say in the determination of oil prices.

Nigeria’s petroleum sector laws has come under intense focus in recent times as experts say the powers granted the President to award oil acreages based on discretion does not encourage transparency. Nigeria’s fiscal regime also suffers from weak regulation and outdated laws. Kachikwu said that it is now urgent to review these laws in view of the challenges bedevilling the sector, top of which he said is militancy which has reduced production from about 2.2 million barrels per day to about 1.5million barrels, crimping gas to power plants and contributing to polluting the environment. “The solution to the agitation in the Niger Delta is not militancy and bombing campaigns, what we need is extensive dialogue,” he said.

Posted by Olushola Otenaike at 8:59:00 AM No comments: